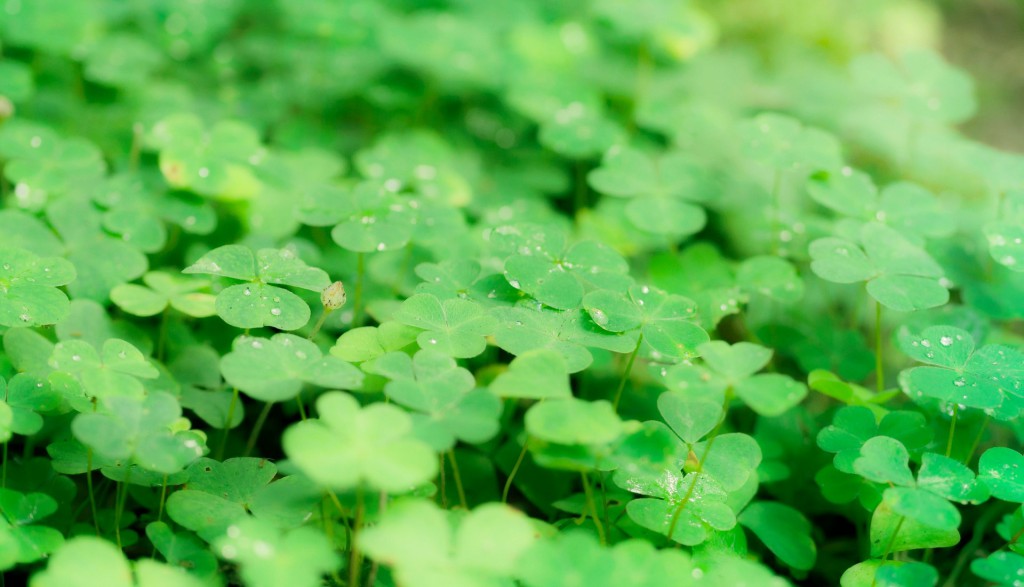 The clover genome is very complicated and even though many scientists have tried to find the exact genes responsible for the four-leaf mutation, they haven’t been identified as of yet.

In 2010 researchers from the University of Georgia, USA came closest to finding the genetic roots of the four-leaf phenotype. Using modern molecular methods, they determined the region of DNA responsible for producing lucky four leaf clovers.

The white clover is a highly outcrossing heterozygous allotetraploid. Four sets of chromosomes combined with almost exclusive reproduction by outcrossing mean that it is difficult to determine which genes came from which parent and classic inheritance studies are all but impossible.

The clover genome as yet has not been sequenced, but new and more detailed molecular marker maps utilizing SSRs (Simple Sequence Repeats) and other molecular markers can be used to identify the genes responsible for specific traits and determine the genetic inheritance of traits. A mapping population was created and then scored for the presence or absence of each morphological marker by number of leaflets and leaf marks. DNA was extracted from young leaves and used to genotype the mapping population. SSR fragments were amplified and analyzed and a linkage map was developed. Based on the cosegregation with molecular markers researchers mapped the location of the genes controlling three morphological traits. The multifoliolate trait was found to be controlled by two recessive genes on homoeologous linkage groups H1 and H2 of the previously published white clover microsatellite map. The clover gene expression is influenced by the environmental conditions and warm weather produces more four leaf clovers, so they are more prevalent towards the end of summer. This is mostly due to the expression of a gene that restricts the development of more than three leaves and is somewhat suppressed in the summer months.

Statistically there is only a single four-leaf clover in 10,000 but, as usual, statistics alone do not tell the whole story. A clover is just one part of the whole clover plant, which can cover a large area. So if you look hard in the vicinity of a four-leaf clover, there is a good chance you will find at least a few more.

Can Reverse Genetics and Synthetic Biology Bring Us a New Branch of Life?

Application of Cannabis to Complement Cancer Treatment: Where Are We?

The Present And Future of Gene Drives

Can Parents Transmit Memories to Their Offspring?
Scroll to top