The Coca-Cola Company, one of the world’s largest producers of sugary beverages, has funded scientific research on fitness and public health at universities around the world. The newly-uncovered documents reveal that the money comes with strings attached. Five different funding agreements from universities show the company can prevent the results from going public, and has done so in the past. Similar concerns about conflicts of interest in commercially-funded research led to increasing funding disclosure requirements in science. However, researchers believe that this is probably not enough to assess the full extent of bias.

A new paper, published in the Journal of Public Health Policy, shows what level of control Coca-Cola has when funding public university research. Not only did the contracts give the company the right to review any nutrition research before publication but also allowed it to remove the disclosure of the funding source and even prevent publication.

Findings conflict with the company’s goals of transparency. They were adopted in 2015 after an article in The New York Times revealed the company gave millions to questionable scientists. They aimed to shift the focus towards obesity and workout while neglecting the importance of nutrition.

“We agree research transparency and integrity are important,” said a Coca-Cola spokesperson. “That’s why, since 2016, The Coca-Cola Company has not independently funded research on issues related to health and wellbeing in keeping with research guiding principles that have been posted publicly on our website since that time.”

Still, many researchers think Coca-Cola is far away from being a good Samaritan of science.

“It did not live up to its principles on research funding,” said Gary Ruskin, co-founder and co-director of nonprofit food watchdog US Right to Know and one of the authors on the paper. His motivation to pursue this research comes from “Coca-Cola’s efforts to evade responsibility for its role in the global obesity epidemic.”

Susan Greenhalgh from Harvard has concluded in a pair of papers, that Coca-Cola has used its influence in China to steer public health focus toward physical fitness. They have tried to mitigate the role of sugary beverages like Coca-Cola and bad nutrition. Also, she has a slightly different view on the subject.

“It’s very interesting to me that these research contracts were put in place since at least 2010, and Coke didn’t get caught until 2015,” she said. Adding “This makes the company look like it’s at least trying to be responsible in terms of managing the science” and acknowledging that Coca-Cola’s conduct in this study is “at least a very good legal show of doing the right thing.”

She added how the most damning term was a termination clause. The team who conducted the study produced recommendations on how researchers can be more transparent with funding in the future. They should disclose the full text of the funding agreements and provide transparent insight into how funders influence their research. The practice of simply disclosing a funding source is not enough.

“I’m not saying all corporate funding is bad or wrong, we just need to know exactly how it’s influencing the science,” said Greenhalgh.

Marion Nestle is a professor of nutrition and public health at New York University. She has researched how the food industry money bends food science results. In her 2015 book Soda Politics, she focused on the soda industry. According to her, the new paper is “jaw-dropping,” and she is amazed that the researchers were able to obtain this information.

“It demonstrates what we have all long suspected. Companies that sponsor research make sure that they get what they pay for,” she said. “The study documents the involvement of Coca-Cola in many aspects of developing research projects. It is no surprise that its funded research typically comes out with results that are useful for Coca-Cola marketing purposes. Industry-funded research is marketing research, not scientific research.”

So, one possible solution to increase transparency could be that journals supplement funding disclosures and conflict-of-interest statements by requiring authors to attach funding agreements.  Many people are confused with the adverse information they get on what is and is not good for health. It is possible, however, that this measure alone will not be enough to reinstate full trust in the scientific validity of corporate-funded studies.

Learn more about how Coca-Cola shifts blame for obesity away from calories in the video below: 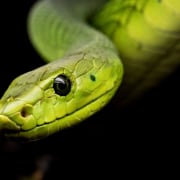 The Science Behind Why We Are Ticklish